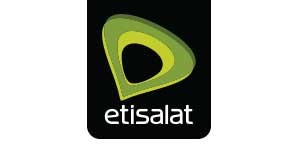 Etisalat Group is one of the world’s leading telecom groups in emerging markets. Etisalat’s current market cap is over 160 billion AED (43 billion USD). With reported net revenues of AED 51.7 billion and net profit of AED 8.3 billion for 2015, Etisalat ranks amongst the most profitable telecom groups in the world. Its high credit ratings at AA-/A+/Aa3 reflect the company’s strong balance sheet and proven long-term performance.

Headquartered in Abu Dhabi, Etisalat was established four decades ago in the UAE as the country’s first telecommunications service provider. An international blue-chip organisation, Etisalat Group provides innovative solutions and services to 162 million subscribers in 17 countries across the Middle East, Asia and Africa.

Aspiring to be the most admired telecom group in emerging markets, Etisalat strives to consistently foster innovation and deliver first-in-market technologies wherever it operates.

Etisalat Group’s performance and services have been widely recognised by the industry. It has won many major awards, including the prestigious annual GSMA’s Global Mobile Awards for the past four years.

Be the first to know